Photos from the 2011 Tapathon, congratulations to you all on a great performance!

Success for past pupil Ross McLaren 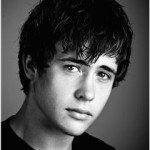 Whilst there he performed in Peter Pan, in St Albans working alongside Larry Lamb and Katy Ashworth. He then performed in a 5 week run of HMS Pinifore on the London Barge.

We are so proud of our past pupil Sheridan Smith who was awarded the Laurence Olivier award for “Best Actress in a Musical” for her role as Elle Woods in “Legally Blonde”. Sheridan was a member of our school for 13 years and we have wonderful memories of her fantastic performances in our shows at the Plowright Theatre.

A few congratulations for past and present pupils